I have told this story so many times in both English and Dutch, that the lovely Chido Govera, immediately starts laughing when I say the words “well, via via via”.  In the spring of 2016, my father had the wonderful experience of meeting the spirited Ms. Govera. When he later came home and told the tale, he was so invigorated by this woman that I had to go to Zimbabwe and see for myself what all the fuss was about.

The 30-year old Zimbabwean immediately took my breath away. Not only is she the guardian of 7 teenage girls and international speaker at many conferences on women’s rights, food production and African development, but she is also a local business woman and social-economic change instigator. And for me, she was an embodiment of everything I could ever hope to be, mother, businesswomen and beacon of hope and inspiration for many.

From the moment I arrived at The Future of Hope foundation in Christon Bank, Mazowe; I realised I was instantly a part of a family of eight. As the oldest of 8, I immediately felt at ease in this beautiful Zimbabwean family. For six weeks I tried to inspire the seven wonderful girls to be the best they could possibly be, by working hard in school, by being supportive to Chido and in short not to settle but aim for the stars. A sentence that sounds terribly mellow, but for orphan girls in Zimbabwe who had always been preparing to be part of a lower layer of society, you could see how much they benefited from such an inspiring environment. As I was definitely not the only one worth mentioning who stepped foot on the Foundation grounds this winter. Chido makes it her job to surround these children with the most inspiring people you can think of: business people, artists, children, adults, women and men, all alike; but people who achieved something in their life and who have a way of getting their vision across on the (sometimes hormonal) minds of African teens.

As a volunteer, intern, friend or sister, whatever title used at the moment, I had the chance to see the daily business at the Future of Hope. I saw first hand how Chido educates women from small remote communities in what she herself is best at: growing mushrooms. For almost twenty years now, she has been training herself to be a true mushrooms expert. But for Chido it was never enough to just have the skill and benefits all to herself. She realised what it had meant for her life, how it had changed her path and given her opportunities others can only dream off, to be able to be self-sufficient and independent; this freedom was something she wished for every woman. And so it started. She set out to educate other women so that they would be able to send their children to school and learn to depend on themselves instead of a husband, who is still the central person in these societies.

I had the chance to meet some of the women who were trained by Chido, and one in particular will always stay with me. We drove out to Seke to meet her and to see how her mushroom production was going. When we arrived, it was clear that the mushroom production far outgrew even Chido’s expectations, and the look on the woman’s face when we told her she had enough mushrooms to go and sell to Pick & Pay, one of the big chain stores in Africa which is also now in Zimbabwe, was incredible. We packed her mushrooms in her small living room of 4 by 4 meters, with eight other family members looking over our shoulders, because there just wasn’t another room to go to. When I did a quick calculation of how much she had already sold so far and how much money she earned in seven days’ time, she didn’t believe me at first. For me, the very white European, it was only a week’s allowance so to speak, but the woman sat there, smiling uncontrollably, because now she could finally pay the tuition for her daughters to go to school.

Even though you know there still is a difference between Africa and the “West”, I had never experienced it like this before. I experienced racism, I experienced daily electricity blackouts, I experienced a lot of verbal provocation, I experienced random people asking me if I could not get funding in the West for their small business here in Africa, I experienced a whole lot of religion, I experienced a different language and an amazing culture. The most people I came in contact with here in Zimbabwe are some of the nicest people I have ever met. But you can still feel that there is a big “us vs. them” atmosphere and for me, it was one of the only moments I have been aware of my own complexion to such a high degree. It made me uncomfortable at times, but it also reaffirmed my faith that complexion has no significance what so ever. I have met more inspiring people in Zimbabwe, than I do in Belgium. An experience like this sheds some much needed perspective on a lot of aspects of my own life, on the importance of every human life and the struggle some people face everyday.

I cannot thank Chido enough for giving me the opportunity to help her, but also help myself grow in a lot of different ways. The inspiration she gave to her kids and to these struggling women everyday is definitely one of the things that I have taken with me from this magical place where dreams are just the beginning. Chido Govera, the woman who carries more titles and roles in life than anyone of us could possibly carry emotionally, got only one more title after this incredible journey: my beloved sister, my dearest friend.

Return to the overview 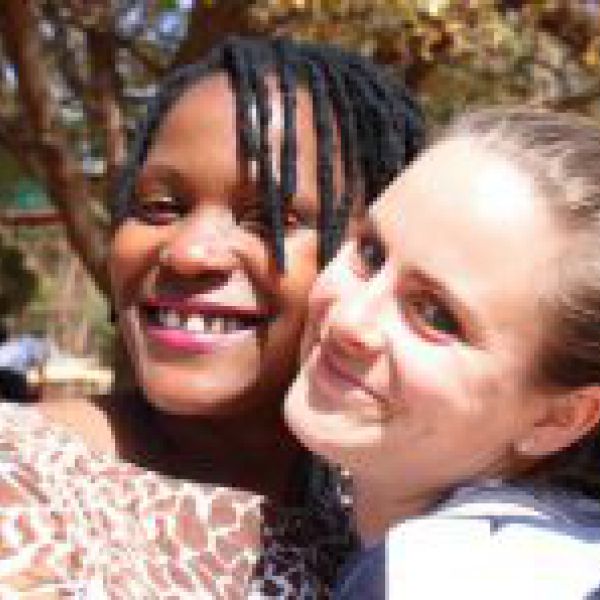