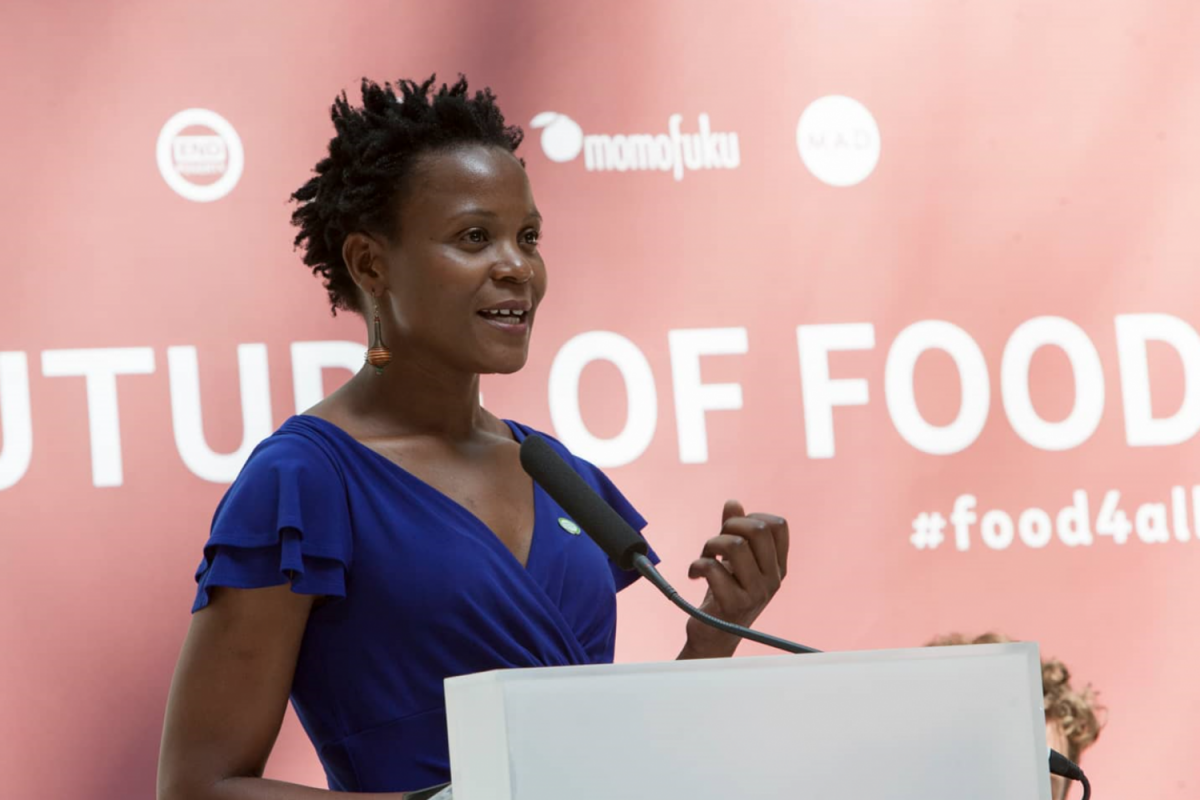 Chido Govera is a young Zimbabwean woman. Chido is a Shona name that means passion. She grew up as an orphan, and turned into a parent at the age of 7, mothering her brother and caring for her nearly blind grandmother.

At the age of 8, she had already experienced the worst possible abuse, inflicted by close family. She promised herself then that when she was older, she would save and protect other orphans from experiencing what she, and so many others, had suffered.

At age 11, she had the unique opportunity to learn about food and mushrooms. Mushroom farming enabled her to feed those dearest to her. Mushrooms gave her the chance to help other orphans who lived closed by. She was fortunate to have good mentors who helped her perfect the art and science of farming mushrooms.

Over the years, as a young professional, she reached out to over 1,000 women in communities in Zimbabwe, Congo, Ghana, Cameroon, Tanzania and South Africa. Her work has reached schools and communities in India, aboriginals in Australia, and entrepreneurs in the US and around Europe.

At the age of 27, Chido can look back at 16 years filled with rich experience. Building on that experience, today her dream is to inspire orphans and women from developing countries to become change agents for a better society. “We are not victims. We are endowed with so much potential provided we learn the tools and are exposed to the best examples” says Chido Govera.

Chido Govera is still young but very eager and committed to empowering the underprivileged and reaching out to the unreached. She encourages the disadvantaged neither to consider themselves helpless victims nor to be resentful and incapable of taking responsibility for changing their circumstances.

Through Chido Govera’s work to discourage victimhood, to promote responsibility and to expose her fellow orphans to the possibilities around them, The Future of Hope Foundation was born!

“At the age of eight I told myself this is something I would like to stop when I grow older. I want to be able to reach out to other orphans and make sure that they never have to experience what I experienced. This hope of helping made me stronger. It made me have something to look forward to every day even though if I had no idea how to achieve it.”